Work on the Cycles-X project is still ongoing, but a stable version for testing was made available in September 2021. Thus, Cycles-X has become an integral part of Blender 3.0. The creators promise a massive leap in rendering performance thanks to a thorough code rebuild and the implementation of several new technologies to the honest and appreciated by 3D designers Cycles engine. Blender 3.0. It will not be available until December 2021, but Blender 3.0 is already available. Beta, which aroused considerable interest, also ours. So we decided to check what the creators offer.

In April 2021, exactly 10 years have passed since Blender’s famous rendering engine, Cycles was created. For over a decade, the software has been extensively modernized and improved. However, as a result, some algorithms and rendering solutions have become obsolete. To refresh the architecture and prepare it for the next decade, the Cycles X project was launched to create a rendering engine suited to modern processors and graphics cards and equipped with advanced rendering algorithms. We have been testing Blender 3.0 for several days. Beta together with the Cycles X engine to share with you today our observations and preliminary performance results.

What do the creators of Cycles X promise?

The Cycles-X project is dedicated to Blender users who want to speed up scene rendering. From the new rendering engine, based on the developers’ assurances, we can expect:

A lot of detailed information on the technical side of Cycles-X has been made available in the developer presentation. Therefore, we will not be discussing the new rendering engine from this site. Instead, we will focus on purely practical aspects.

First of all, it is worth considering whether to use the Cycles-X any changes in the program or hardware? None of these things. All you need to do is visit the Blender Builder website and download the Blender 3.0 Beta. All changes will be automatically made to the source code, and the user interface will remain the same. But let’s move on to the tests.

The preliminary results of the first renderings we performed showed a very impressive increase in rendering speed. Let us take an example of a telescope model. The Cycles engine (Blender 2.93) took 31.85 seconds to render, while the Cycles X (Blender 3.0 Beta) could process the same scene in just 17.77 seconds. The improvement in render quality is noticeable, as can be seen below. However, speed is by far the greatest strength of the new Blender engine.

Of course, final rendering is a priority for the development of the new engine. However, the significant advantage of Cycles-X, which is the improvement of the interactivity of rendering in real-time in Blender view mode, cannot be overlooked. Thanks to this, we can use the possibilities that have been provided by Eevee so far without giving up Cycles.

On the official Blender website, going to the download section of the wizard page will allow you to see the latest official versions available to users. From here, scroll down to where you’ll find the experimental builds. It is worth noting here that these are not final versions and thus may be incomplete or unstable. These are early features that may appear in official Blender releases in the future.

This experimental build will be downloaded as a .zip file. After unpacking it, you will get a folder containing the Blender version that can be used as an additional rendering engine. Also, don’t worry about having to install or update anything in your standard Blender software. As we mentioned before, the Cycles X 3.0 architecture is built into the source code, so the user interface will not change.

Cycles-X 3.0 – the promise of a new quality in rendering

The official release of Blender 3.0 is scheduled for around December 3. With the final release, it is expected that steps will be taken to further optimize Cycles-X and implement additional features such as Shadow Catcher AOV and multi-device rendering. As this Cycles version evolves, we will keep you updated on its progress and share as much new information as possible. However, it is worth remembering that this is not the final version, and in the case of projects, we recommend using the last stable version – Blender 2.93. Enjoyable rendering! 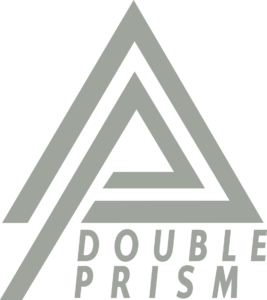